Some of the finest cuisine in Cherokee County is likely to be found in the clubhouse at Soleil at Laurel Canyon – where on Tuesday nights, one might mistakenly think, judging from the number of chefs busily working in the neighborhood’s teaching kitchen, that a filming for the Food Network must be going on.

Closer inspection will reveal that all the cooks, clad in white jackets and traditional puffy chefs’ hats, are men. More than 30 men belong to the Canton Chapter of “Les Marmitons,” a men’s club dedicated to preparing exquisite meals paired with fine wines.

Les Marmitons is a gastronomic and social club of gentlemen who share a common interest in gourmet food, wine and the culinary arts. Through regular gatherings, members gain knowledge and experience in the preparation, and presentation of various fine cuisines. under the direction of a specially selected professional chef.

On Sept. 14, for the first meal of their new season, the chefs were led in the preparation and presentation of a Spanish-themed meal by the executive chef of the Ritz-Carlton, in Buckhead, Peter Zampaglione. Zampaglione recently returned to the United States after living in Spain and Portugal for several years. During his 16 years with the Ritz, he has opened hotels in New York, San Francisco, Paris, Portugal, Moscow and the Middle East. He has worked with great chefs, including world renowned Ferran Adria, who was been referred to in Gourmet Magazine as “the Salvadore Dali of the kitchen.”

On the menu at Soleil for “An Evening with the Ritz,” were tapas (Spanish-style finger foods), including chicken and Spanish ham croquettes, roasted eggplant with peppers and onions on toasted bread with white anchovies, chilled mussels with pepper vinaigrette and manchego cheese with quince paste. Tomato soup and a main course, sea-food rice in broth with shrimp, monkfish, clams and squid. Dessert was honey flan with homemade apple and cinnamon ice cream.

Along with the meal, the group sommelier, Steve Bloom, paired wines. “It was a challenge, since the tapas and the main dish both include a meat and seafood,” Bloom said. He picked a 2007 French Gigondas red that he said is normally $25, but he got from Bullock’s for $10 a bottle; a Spanish rioja grape wine, Viva Zaco, and a Spanish white wine, Albarino.  Zampaglione directed the teams of cooks that prepared each dish included in the meal, providing them with the history of the food. He said the quince paste is from the quince, a sour apple-like fruit said to be the one Eve pulled from the forbidden apple tree. Quince must be cooked to be enjoyed, and is the root of marmalade, which Zampaglione said originated in Portugal or Spain. He said that the peppers, tomatoes and onions prevalent in the meal are the “holy trinity of Spanish cooking.”

The Canton chapter of Les Marmitons formed under the direction of Soleil resident Jean Paul Jobin, who also has started many of the club’s other chapters. Cooking events, until the clubhouse kitchen was finished a year ago, were held at the Chattahoochee Technical College (CTC) kitchen under the supervision of Chef Michael Bologna, the executive teaching chef at the school and partner in Vingenzo’s Restaurant located in Woodstock, said Ron Laird, current president of the group. The club cooks on the second Tuesday of the month from September through May. On average, the group prepares for 22 attending members plus the chef and a kitchen helper. Sometimes wives are included as dinner guests.

“The Spanish meal was absolutely fantastic,” said Brenda Laird, Ron’s wife. “It was a complicated menu, and I would give all the dishes high marks. The chef cooked a flan, and one of the teams cooked a flan – there wasn’t really a noticeable difference.”

Ron Laird said club members pay dues, which go toward the purchase of groceries and wine for its events. A typical event of Les Marmitons begins around five in the evening as members gather to enjoy a pre-dinner glass of wine, meet the guest chef, hear the chef explain the menu created for the evening, and establish timelines for the meal preparation and service. Members are asked to wear their chef coats and hats and to bring their chef and paring knives.

Members attending are assigned to teams with one member serving as team leader. Each team is responsible for preparing, cooking and serving one course under the direction and guidance of the guest chef. The teams for each event rotate, and the men take turns as event hosts. During preparation, the chef circulates through the kitchen providing guidance and advice to each team. Team members for one course also have ample opportunity to learn the technique and special preparation tips for the other courses, Ron Laird said. Except for some final, finishing touches, the major preparation is completed by 7:30 p.m., and the first course is served. When the final course is completed, the members recognize the chef for his or her time, expertise and professionalism.

When asked what attracted them to become chefs, the Canton club members had varying answers. Laird is retired from BellSouth, and he said that, although his past experience centers around grilling hamburgers, he enjoys cooking and teams with his wife when they prepare a meal for guests at their home. However, Brenda Laird said her husband is being modest. “He is the cook – he even designed our kitchen,” she said. “I enjoy cooking but he’s the real student; I’m his assistant.”

David Soll is a retired aerospace engineering and supercomputer scientist. “Cooking reminds me of a big chemistry set,” he said. “You put all the pieces together, and something new comes out.” Dave Schnee, who retired from a career in computers, had a more practical reason to learn to cook as a boy. “My mother’s the world’s worst cook. She’s the only woman I know who could burn anything,” he said. “My brother and I learned to cook out of self-defense.” 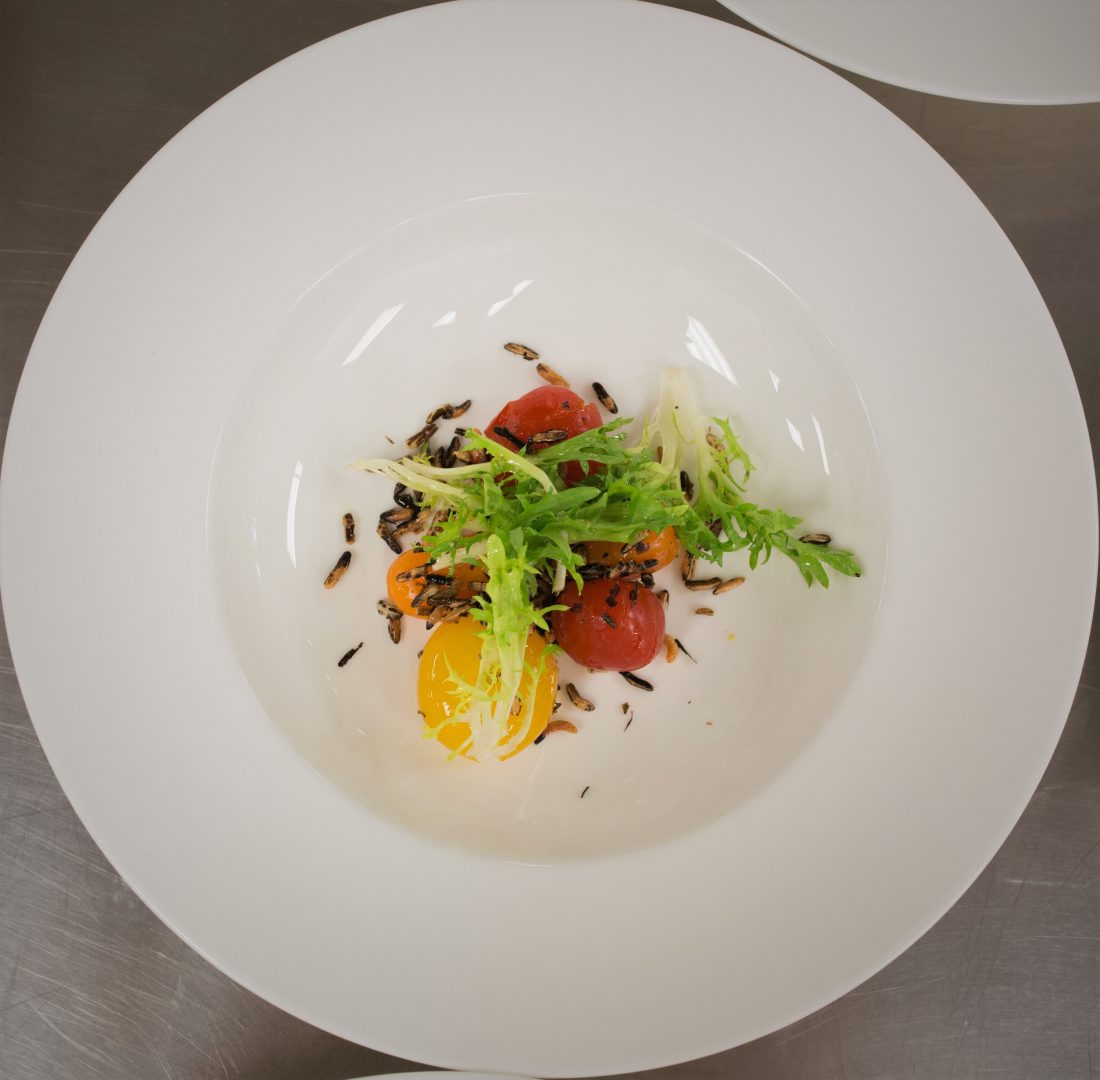 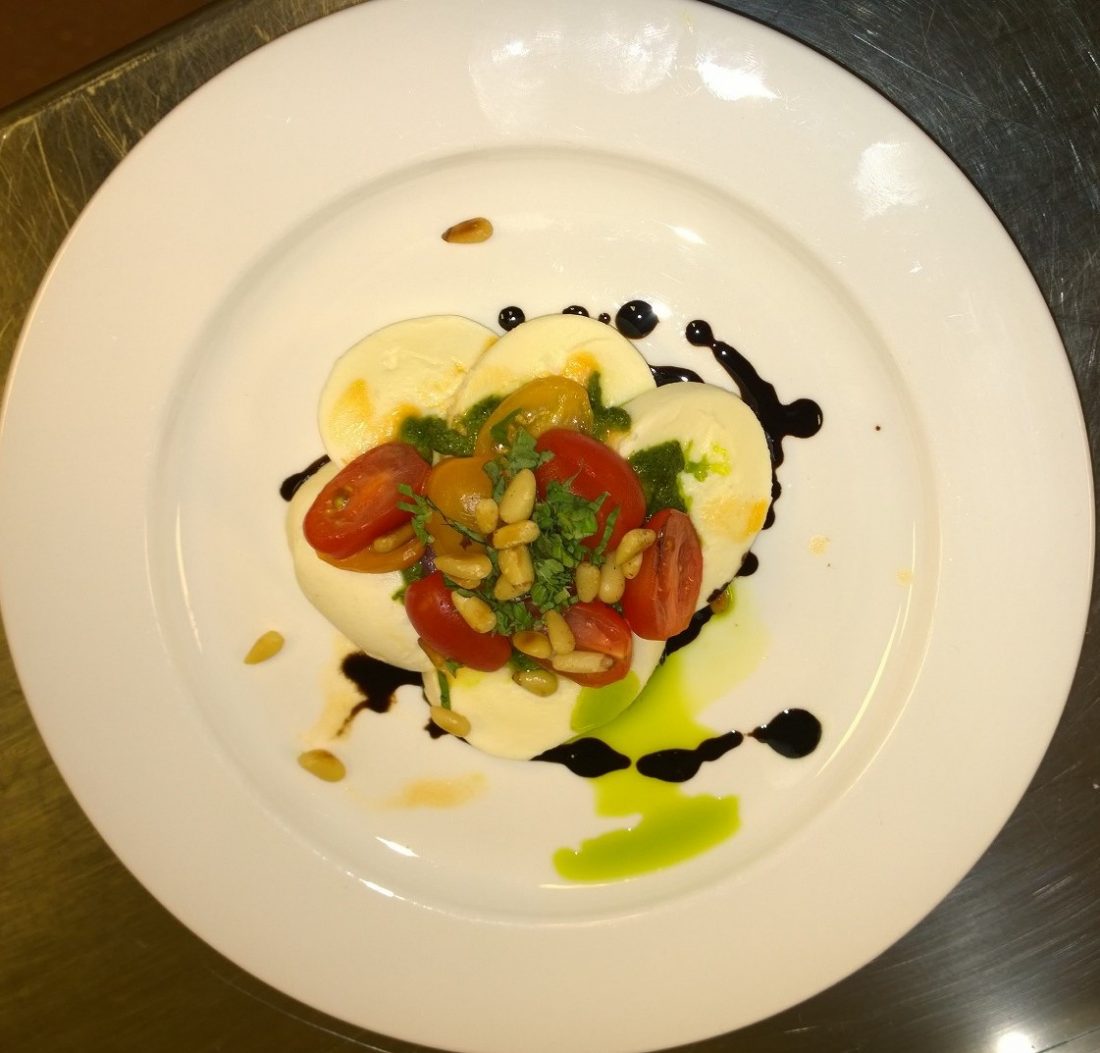